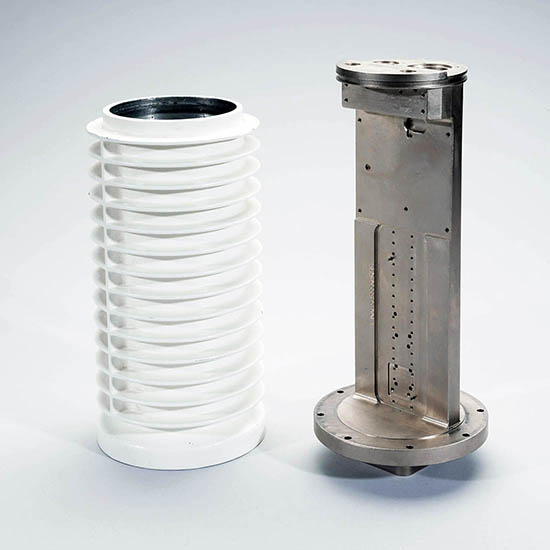 Update your products to the latest IEC standard in style!

When designing any product it is always best to make sure that safety is engineered in the initial design phase to eliminate delays and extra expenses later down the production path.

Most components manufactured for the medical industry now-a-days are made from plastics. Recently the International Electrotechnical Commission (IEC), who publishes the standards for medical devices, revised their standards for shielding electronic components within medical products. The new standard (IEC 60601-1-2: 2014 – 4th Edition) now requires two levels of protection to ensure that the device will contain any electrical shock hazards and shield patients and operators from harm if one level of protection were to fail.

Many medical devices house their electronic components in plastic enclosures that need to have a metallic paint or plating applied to meet shielding requirements. With the updated IEC standards, it is possible that the metalized plastic enclosure may not provide the required shielding to meet the enhanced standards.

In contrast the die cast industry has employed similar standards for years since metal is the material of choice for both the telecom and microwave industries. The process to plate plastic is quite expensive but with die casting there is no need to plate the final product to properly shield the electronics inside. Since die cast parts are inherently shielded, and this standard is just taking effect across the industry, it would be a good idea to re-evaluate your parts as it may now be cheaper to produce them out of die cast metal instead of plastic. A&B Die Casting has helped a number of its customers in the medical device, microwave, and telecom industries create enclosures that meet any shielding requirements in the industry.

What is electrical conductivity?

Simply, electrical conductivity is the measure of how a material accommodates the transport of an electric charge.

Conduction in metals follows Ohm’s law which states that current is directly proportional to the electric field applied. The law, named after German physicist Georg Ohm, appeared in 1827 in a published paper laying out how current and voltage are measured via electrical circuits. The key variable in applying Ohm’s law is a metal’s resistivity. Electrical conductivity is commonly measured by siemens per meter (S⋅m−1) and represented by the Greek letter sigma (σ). One siemens is equal to the reciprocal of one ohm.

Resistivity is the opposite of electrical conductivity. Meaning that it measures how strongly a metal opposes the flow of electric current. This is commonly measured across the opposite faces of a one-meter cube of material and described as an ohm meter (Ω⋅m). Resistivity is often represented by the Greek letter rho (ρ).

Note: The resistivity of semiconductors (or metalloids) is heavily dependent on the presence of impurities in the material.

So, what does this all mean?
Die casting is a cost effective solution for shielded enclosures that meets the latest standards put forth by the IEC.